The following simulation results were posted in a Quantopian forum as a follow-up my last post (A Markowitz Attempt) in which I returned to the $10M initial capital scenario. I wanted the program and its subsequent tearsheet analysis to finish since at times some are too big to complete in the allowed time.

The strategy uses the CVXOPT optimizer. And those using optimizers to handle the trading activity know that they are not that gracious to whatever trading strategy you might have. The optimizer simply does its job, whatever its input. 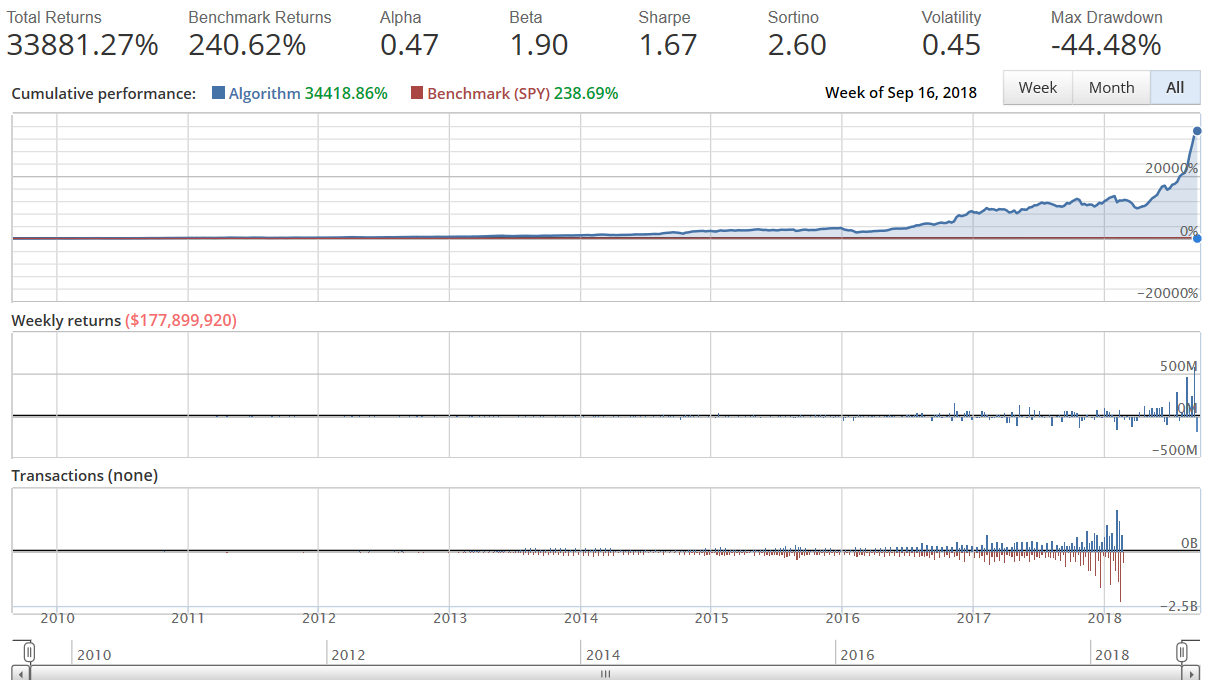 For the charts above, none of the optimizer sections or routines were modified. Nonetheless, changing some of the pressure points forced it to generate more, about 3 times more as in the previous $10M scenario.

I requested the strategy to consider and accept more variance knowing that the direct impact would be an increase in the average net profit per trade.

This simulation says that even if you use an optimizer to control the trading activity, pressure points outside its purview can still have quite an impact on overall performance.

The stats chart below show the higher average net profit per trade:

And some of the portfolio metrics came out at: 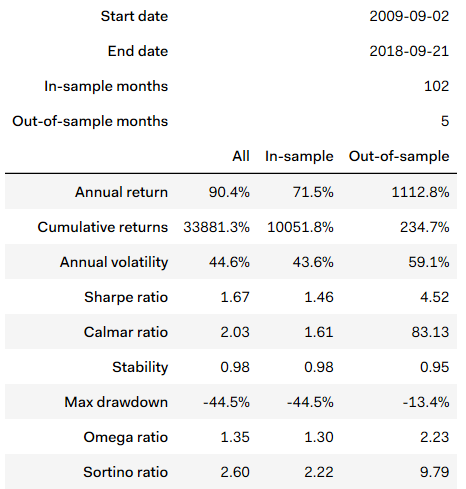 The cumulative return chart below is rather interesting. There is a tremendous rise in the last section of the chart. This happened when the optimizer stopped trading as can be seen in the bottom transactions panel of the first chart. It is the same program behavior as in a prior simulation, so this time, it does not come as a surprise. 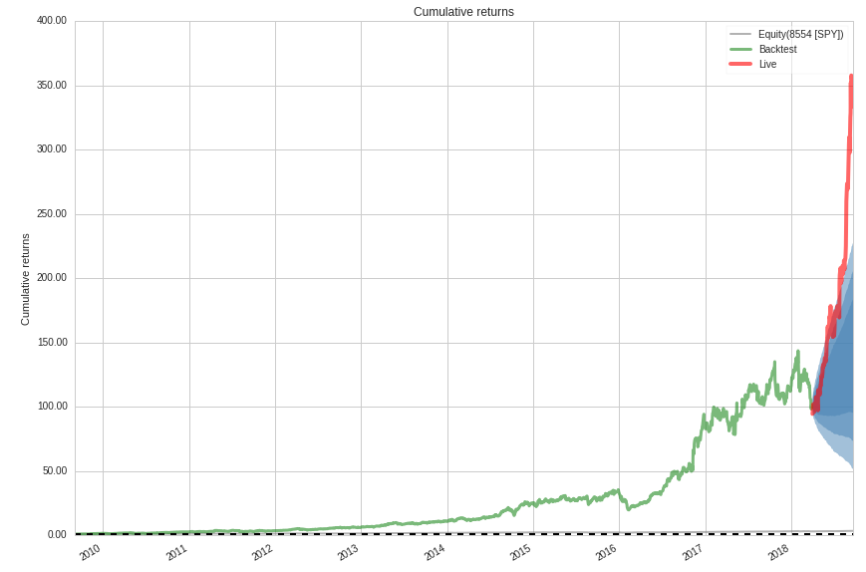 My point here is that even if you have a strategy where the trading activity is controlled by an optimizer, it remains that that is not all your trading strategy can do. Even within those constraints, it can do better.